If you have been arrested on drug charges in or around Houston, the immediate retention of legal representation is a must – the consequences of a conviction can be life-changing, ranging anywhere from fines and community service to the forfeiture of property and jail time for more serious offenses.

Whether you have been charged with possession or trafficking, or as a first-time or repeat offender, Houston drug attorney Greg Tsioros will guide you through the necessary steps to protect your constitutional rights. Most of the drug cases Mr. Tsioros handles are at the felony level and include, but are not limited to, the following:

The defense of marijuana, cocaine, or other drug possession charges always begins with a focus on your rights, specifically search and seizure issues. A seasoned attorney will thoroughly review police reports and any other elements of the case that could help determine if your rights were violated in any way.

Houston Drug Lawyer Greg Tsioros knows that in any of these situations, the drug or drugs were seized unlawfully and can not be admitted as evidence against you, likely forcing the prosecution to dismiss the charges altogether. Even if the seizure is valid, there may be insufficient evidence to show that you were in possession of the drugs. The possibility exists that you were in the vicinity of illegal drugs, but did not own them or didn’t even know they were even on your premises. Affirmative links need to be established between you and the drugs. If these links are weak or can not be established, a good drug lawyer will raise reasonable doubt. If there is reasonable doubt in your marijuana or drug charge, attorney Greg Tsioros will seek to have the charges against you reduced or dismissed completely.

Possession of a Controlled Substance

The manner in which the drugs were concealed, the presence of large amounts of money and the seizure of drugs in connection with the commission of another crime can also escalate the severity of criminal charges and penalties. Possession of less than two ounces of marijuana is punishable by up to six months in a county jail. A cocaine, heroin or methamphetamine conviction is punishable by a minimum prison sentence of two years.

The available penalties for drug possession in the state of Texas will depend on a variety of factors, including the type and quantity of drug and the criminal record of the defendant. Drug possession charges can also be enhanced if a large amount of cash or the commission of another crime was involved.

Penalty group 2 includes mescaline, PCP, hashish, Ecstasy and extracted forms of cannabis. Penalty Groups 3 and 4 prescribe the penalties for Ritalin, Valium and other chemical compounds. Each penalty group includes substantial penalties for the illegal possession of a controlled substance.

If the evidence is strong against you on a drug possession charge, seek deferred adjudication. This way your future law-abiding activities can be rewarded with an order of non-disclosure, which will prevent your criminal record from being viewed by anyone but legal authorities. If your crime was a “one-time” occurrence and you keep yourself out of legal trouble, there is no reason that it should impact the rest of your life or affect your freedom. The Law Office of Greg Tsioros will work for shorter jail sentences and receiving credit for time served as well.

The Texas Controlled Substances Act outlaws the manufacture, possession, recreational use, delivery, sale or transfer of potentially harmful substances such as cocaine. Cocaine is classified as a Penalty Group 1 controlled substance along with opiates, heroin, methamphetamine and their various derivatives. It is a felony crime to possess even less than a gram of cocaine. Many Texas counties offer diversion programs for first -time drug offenders.

The possession of less than one gram of cocaine is a state jail felony. A possession charge for one to four grams could mean a second degree felony. A first degree felony conviction is the available punishment for possessing between four and 200 grams of cocaine. An arrest for possessing between 200 and 400 grams could result in a sentence of up to life in prison and a fine of $100,000. Finally, a cocaine conviction for possessing more than 400 grams is punishable by a maximum sentence of life in prison and a fine of no more than $250,000.

Heroin charges and heroin related offenses are taken seriously in the state of Texas. Heroin is classified as a Penalty Group 1 substance. An arrest for possessing, manufacturing or delivering heroin can lead to severe consequences. Depending on the nature of the crime and the previous criminal record of the defendant, there are also a number of deferral and treatment programs available in the state of Texas.

The punishment for a heroin charge depends on the aggregate amount of heroin allegedly recovered by law enforcement officials, including diluents and adulterants. Even the possession of less than one gram can land a defendant in jail for between six months and two years. Any amount between one and four grams is punishable by a 3rd degree felony and a maximum prison sentence of ten years. The more heroin involved, the worse the penalties become, including sentences of 99 years or life in prison.

The state of Texas has some of the most restrictive marijuana laws in the United States. It is a crime to possess any “usable” quantity of Cannabis Sativa L. Moreover, there are no legal protections for medicinal marijuana users in Texas, though laws on production of cannabis products without THC have changed. The possession or use of marijuana can result in criminal charges, incarceration and financial penalties.

Manufacture of a Controlled Substance

The Texas Controlled Substances Act regulates the manufacture, possession or delivery of illegal drugs. The manufacture of a controlled substance includes the illegal production, conversion, processing or propagation of any substance other than marijuana. The direct or indirect extraction or chemical synthesis of a banned substance from any natural substance is illegal. The packaging or repackaging of a controlled substance is also illegal. Aside from a substantial jail sentence and financial penalties, a controlled substance manufacturing conviction can produce any number of negative outcomes. For instance, a Texas drug offense will result in a six month suspension of driving privileges. A criminal conviction also makes it more difficult to obtain employment, housing and public assistance. Many drug arrests violate the legal rights of criminal suspects. The evidence in a drug manufacturing case must be carefully reviewed, and the prosecution must be required to prove every element of a drug charge beyond a reasonable doubt.

Methamphetamine is a Penalty Group 1 controlled substance in the state of Texas. Any involvement in the manufacture, delivery or intent to deliver methamphetamine could result in criminal charges and harsh penalties. Crystal meth, also known as speed or ice, has replaced cocaine as the drug of choice in major urban areas. The synthetic drug is more affordable since it can be manufactured nearly anywhere and easily delivered to drug users. 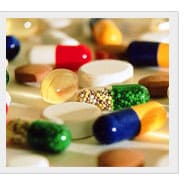 Drug paraphernalia offenses are nearly as common as drug possession and distribution violations. Depending on the circumstances surrounding a drug crime, almost any item or article that can be connected to the possession, use or distribution of an illegal drug may be regarded as paraphernalia. Some of the more common items are roach clips, bongs, syringes and pipes. Even the plastic baggies that are used by drug offenders to store and distribute illegal drugs can be listed in a criminal complaint.

Any item that is part of a drug crime and can be shown to be under the control of the offender may be regarded as drug paraphernalia. It’s not even necessary for the items to be found in the possession of a suspect. Other items that are commonly classified as drug paraphernalia include, miniature spoons, hypodermics, water pipes and needles. Equipment that is used to manufacture, grow, weigh or package illicit drugs can also be classified as paraphernalia.

Texas drug trafficking and drug distribution laws are similar in many respects, including the heavy penalties that can be imposed. First and foremost, drug trafficking is a felony. Although any felony conviction can have lifelong consequences, the ultimate penalty for a drug offense will depend on the type, amount and penalty group classification of the drug involved

A state jail felony conviction could result in a jail sentence of up to two years and a maximum fine of $10,000. A first degree felony is punishable by anywhere from 15 years to life in prison and a maximum fine of $250,000. Moreover, a felony conviction will strip an offender of voting privileges and the right to bear arms. It also becomes far more difficult to locate suitable employment and housing. Depending on the nature and scope of the trafficking charge, a Texas prosecutor may offer a lighter sentence in exchange for vital information.

How a Skilled Attorney Can Help

If you are facing a drug related charge, consult with a qualified lawyer as soon as possible. The consequences of drug charges can range from fines and community service to jail and even prison terms. The Law Office of Greg Tsioros will negotiate reasonable sentences, deferred prosecution, and treatment options for defendants struggling with addiction problems. Attorney Greg Tsioros is knowledgeable of drug related crimes and provides expert defense against drug charges. Contact our office now for a free consultation.